As female professionals within the engineering sector continue to battle against traditional gender stereotypes, new research from CV-Library reveals that an overwhelming 71.8% of female engineers don’t believe that young women are being made aware of the abundant career opportunities available in the sector, which is ultimately damaging the pipeline of female talent.

The research was conducted amongst over 500 female engineers, with the aim of better understanding how women in the sector feel about their careers and the opportunities available to others who may be looking to break into the industry.

Worryingly, it appears that over half of the women surveyed (56.5%) believe that young females are deterred from entering the 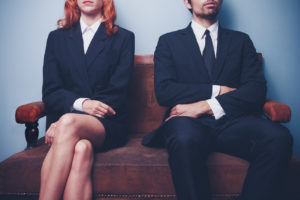 industry due to the fact that many still view engineering as a ‘male profession’. And with this opinion appearing to be particularly prolific amongst those aged between 25-34 (the figure jumps to 59.4%), the future generation of female engineers could be facing a real challenge. When asked about the key reasons for the lack of women in the sector, answers touched upon issues such as a lack of understanding amongst females around engineering and what it entails (44.4%), not enough education on the subject (25.4%), a general shortage of opportunities for females in the profession (26.8%) and the fact that some still believe that women find science and engineering boring (7.2%).

The reality is that while there are some fantastic opportunities in the engineering sector for both men and women, there aren’t enough female candidates applying to advertised roles. For example, there were over 2.1 million applications for over 105,000 engineering jobs advertised on CV-Library in recent months; however, only 9.2% of these applications (202,666) came from females.

Furthermore, while 71.8% of the female engineers surveyed by CV-Library expressed their concerns that young women simply aren’t aware of the engineering opportunities available to them, this opinion appears to be particularly common within the East Midlands, where 85.2% of female professionals in the region flagged this as an issue. Ultimately, more must be done to overcome these hurdles and attract more female talent into the sector, especially as the UK’s economy continues to face uncertainty.

As the issue of gender equality rages on within the sector, the bar has been set even higher for female engineers, who face a tough battle when it comes to scoring a successful career. When asked about the issues surrounding gender discrimination, a staggering 73.2% of CV-Library’s female engineering candidates agreed that there is a real problem in the sector, while almost two thirds (63.3%) believe that they’ve missed out on job opportunities unfairly to their male colleagues. And perhaps most worrying of all, is the fact that over two thirds (68.3%) believe that men in the engineering industry actually encourage this discrimination, simply outlining the challenges faced by women as they take steps to further their careers. 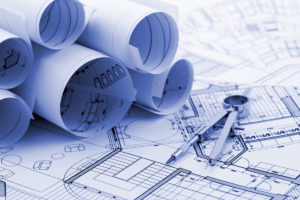 While the general opinion seems to point to a lack of awareness amongst young women regarding their career options, an overwhelming 92.5% of respondents advised that more females would likely want to work in the sector if they were taught about it from an early age, suggesting that changes to the education system should be a priority for the future.

Other suggested actions to eliminate gender equality included profiling role models in the sector and celebrating their success stories, and actively promoting diversity, in addition to recommendations such as industry organisations working together to promote gender diversity and equality.

A healthy engineering industry has always been and will continue to be key to the UK’s economy, particularly as we continue to navigate the post-Brexit uncertainty. There’s no denying the fact that more women than ever before are embarking upon prosperous careers within the sector, however, there is still a huge amount of work to be done. It is positive though that today’s female engineers are not only aware of the mounting issues within the sector, but are also able to proactively suggest solutions, such as the introduction of better initiatives, devised to support women as they reach their full potential as engineers.

Furthermore, over a quarter (25.7%) believe that more funding should come directly from the government, suggesting that today’s leaders should be doing more to invest in future engineering talent, and to support women as they enter a traditionally male-dominated field.

The fact remains that the world of engineering hosts a variety of exciting opportunities for women, whether they’re entering the field for the first time, or already have a well-established career. But, the priority should continue to lie in raising awareness and further education amongst engineering professionals and hopefuls, as women break down gender stereotypes and embrace new opportunities.